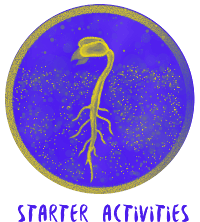 The aim of this activity is to illustrate the privilege that different people have when it comes to technology and the internet, and to show that there are sectors of society that are privileged on the internet. This activity could be used to start a discussion on the inequalities of different users based on technical, gender, language, age and race privilege.

Suggestions for instructions based on themes:

Note: These are suggestions only. Each context will have a different way of defining what being privileged on the the internet means. If a suggestion doesn't work in your context, think of another one that would. Remember, this also reflects the trainer / facilitators own biases and values around what privilege means.

Based on your context you can create new instructions, or mix and match the one above.

Debriefing on the activity

After the race is over (either someone reaches the finish line, or you´ve exhausted the instructions), ask everyone to stay where they are and process the activity:

Once that has been processed, deepen the discussion with the following guide questions:

Write down keywords from the discussion on flip chart paper.