What makes an image identifiable? The faces in it. Details that identify a location – common landmarks, street names, unique features.

Content producers need to determine before they start capturing images and footage if they want to make their content less identifiable as they take the photograph or the footage, or if they will manipulate the images and the footage for anonymity non-identifiability after they have captured and stored them.

The most safest option is for digital stories to to obscure images and footage as they are being captured. This means, even if someone gets access to the raw footage or images, the people in it are not going to be identifiable, and there will not be an original image or footage stored somewhere online or offline that they may get access to.

There are some techniques that a storyteller can use to make the people in a photo or a video footage anonymous:

Take a photo or open the image the you want to edit in ObscuraCam. Then click on the image.

What you will see is a movable and resizable box that will let you control what you want to obscure. 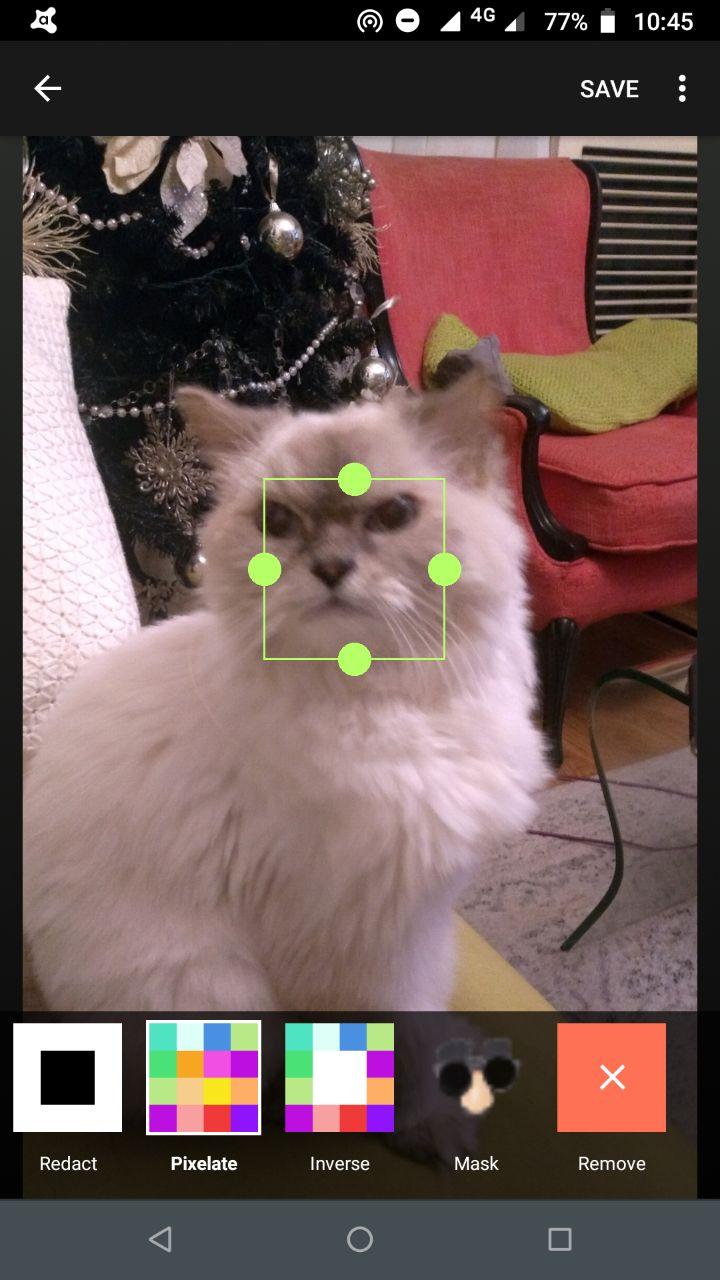 You will get the following options for obscuring the photo:

Pixelate: this will pixelate whatever is captured within the box 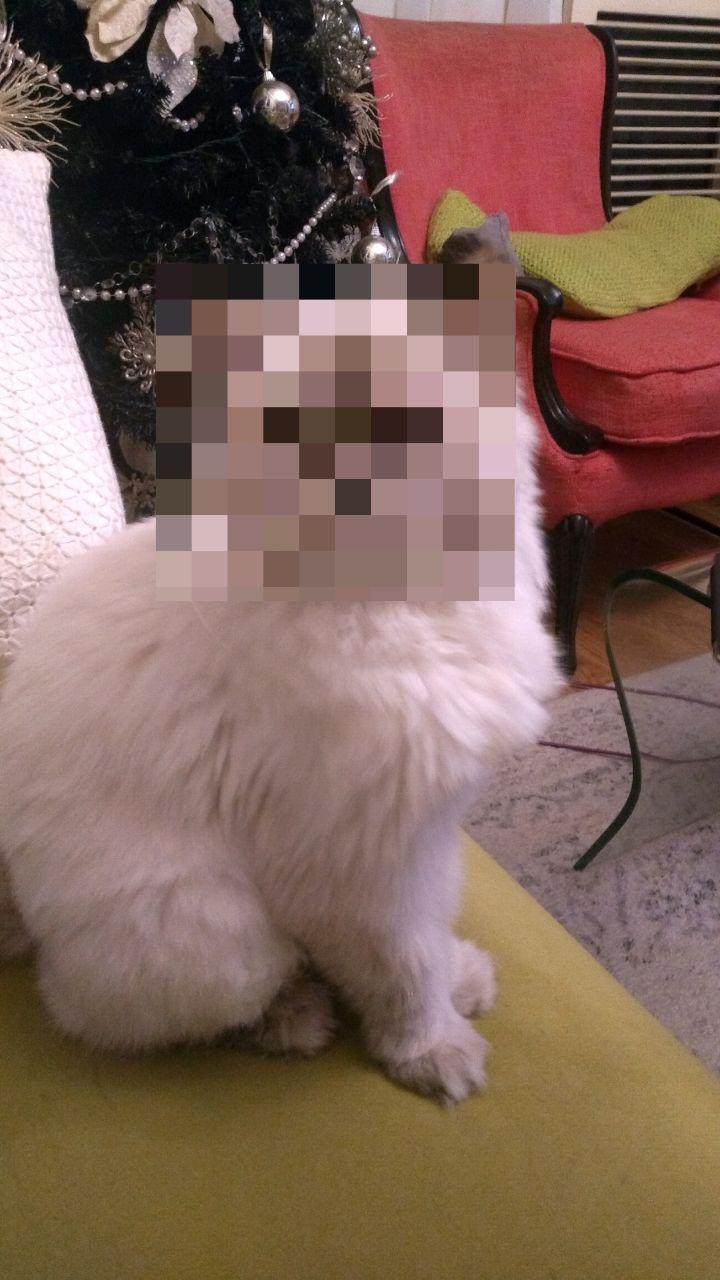 Invert: This will pixelate whatever is outside the box 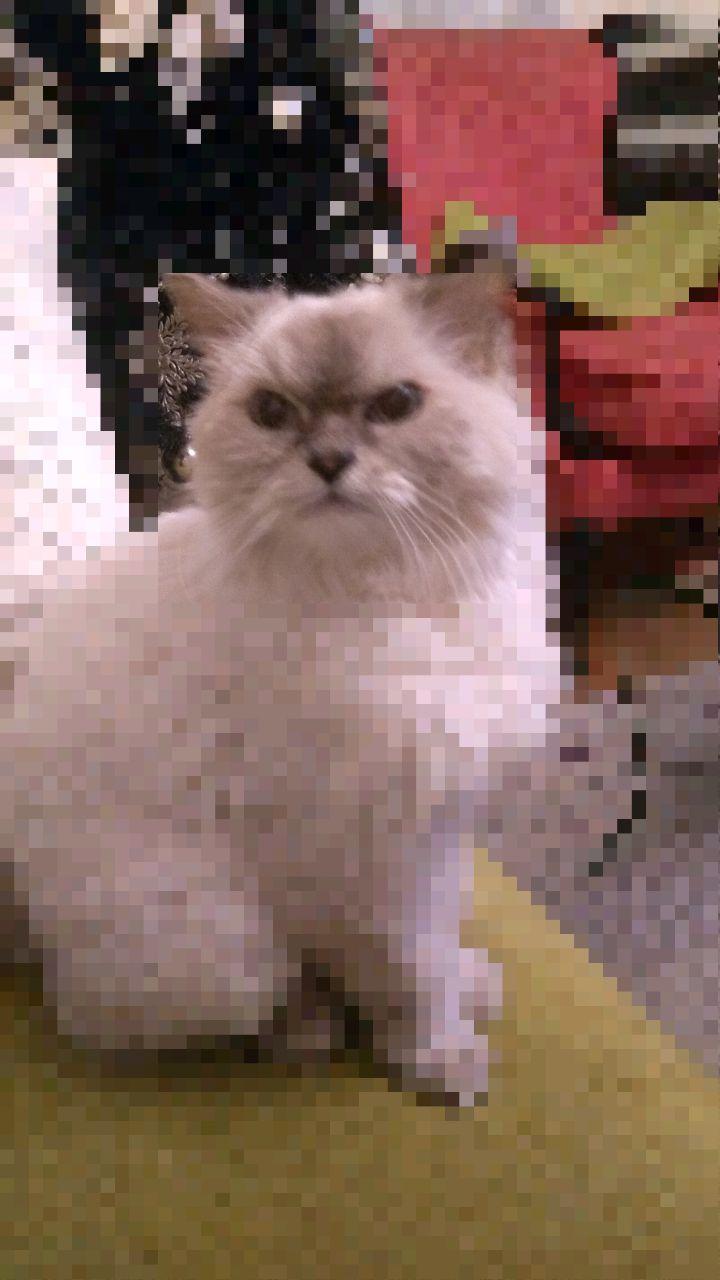 Redact: This will delete whatever is in the box 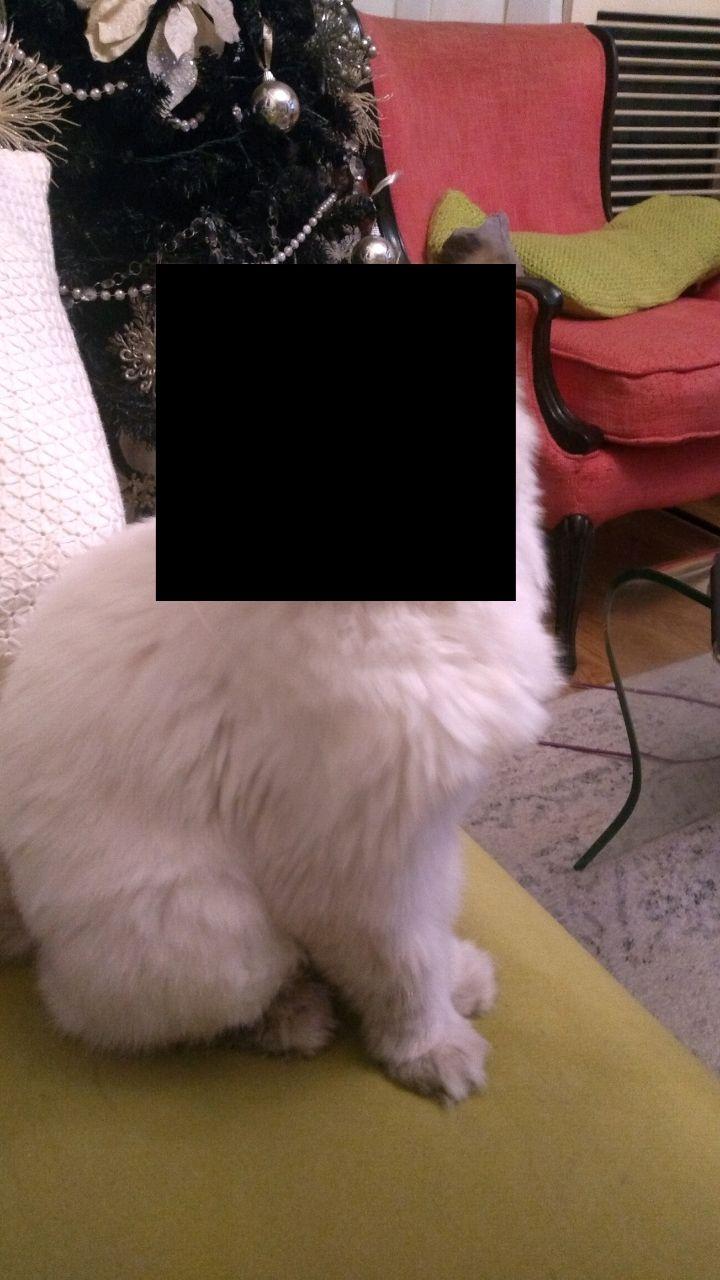 Mask: This will add a mask on the image in the box 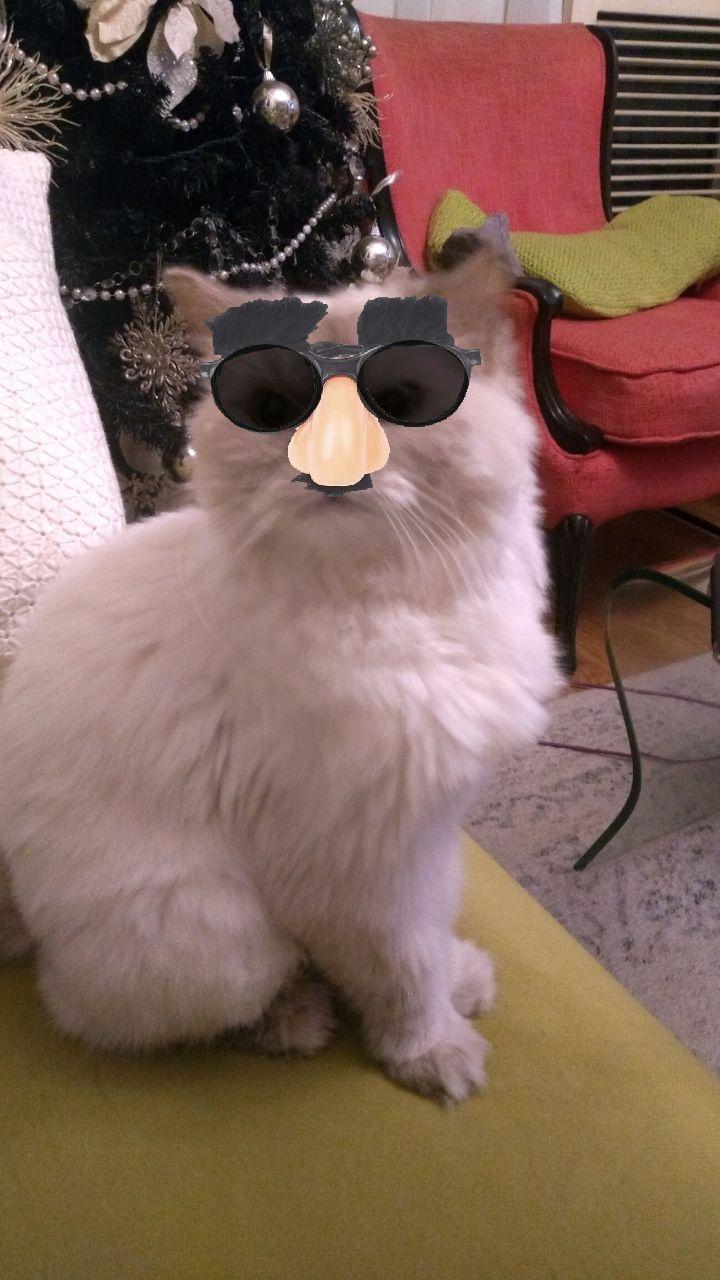 Then save the image.

ObscuraCam is especially useful if the storyteller opts to take anonymous or less identifiable photos from the start.

Note: If the storyteller opts to anonymise, meaning to make images less or non-identifiable after they are captured, they will have to take extra steps in storing their raw images and video footage more safely.

Go to Tools >> Selection Tools then choose a way to select a part of the image you want to obscure. 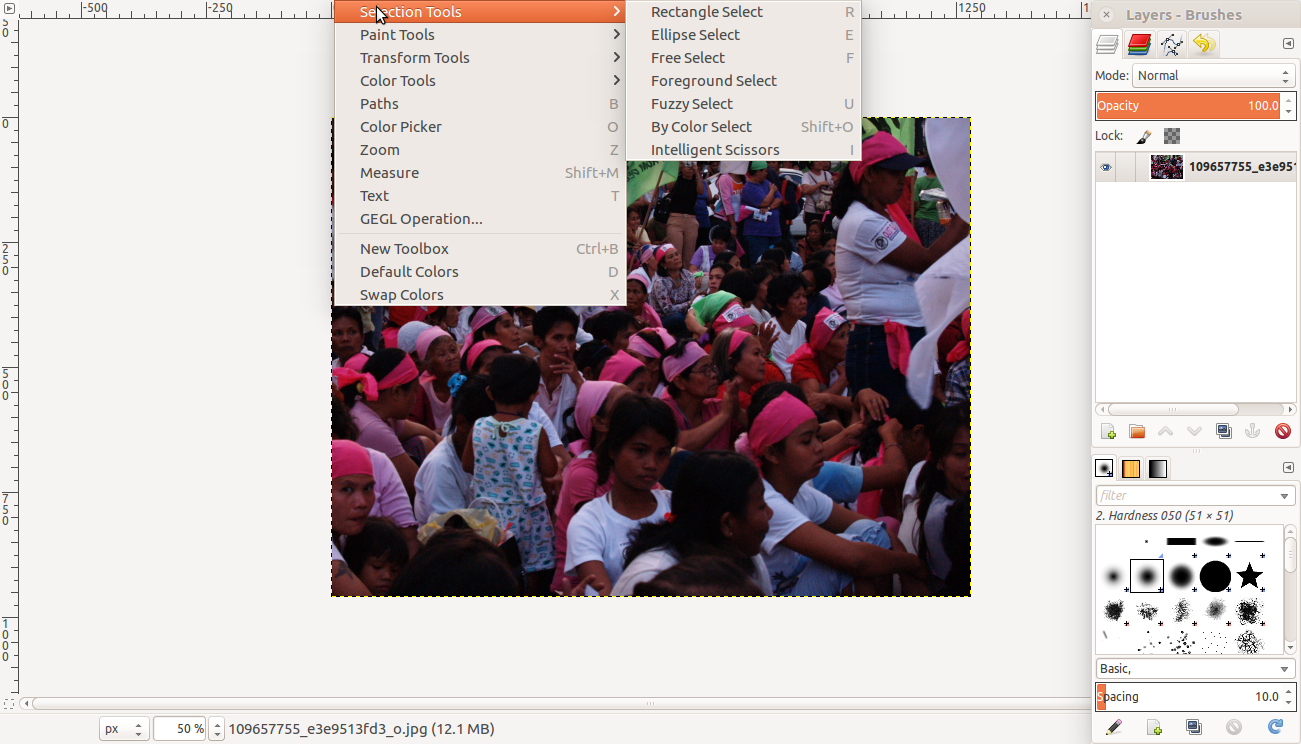 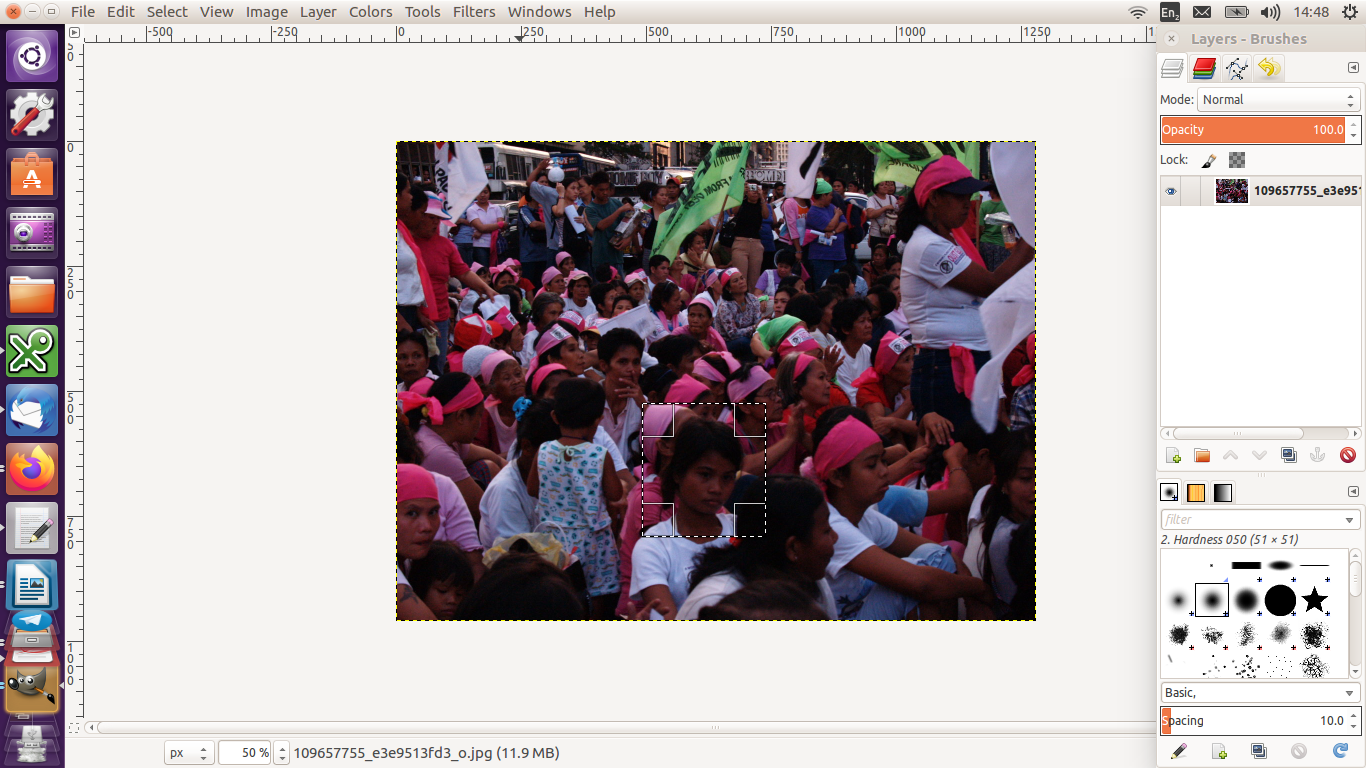 Then go to Filters >> Blur then select Pixelise. The section selected will be blurred. 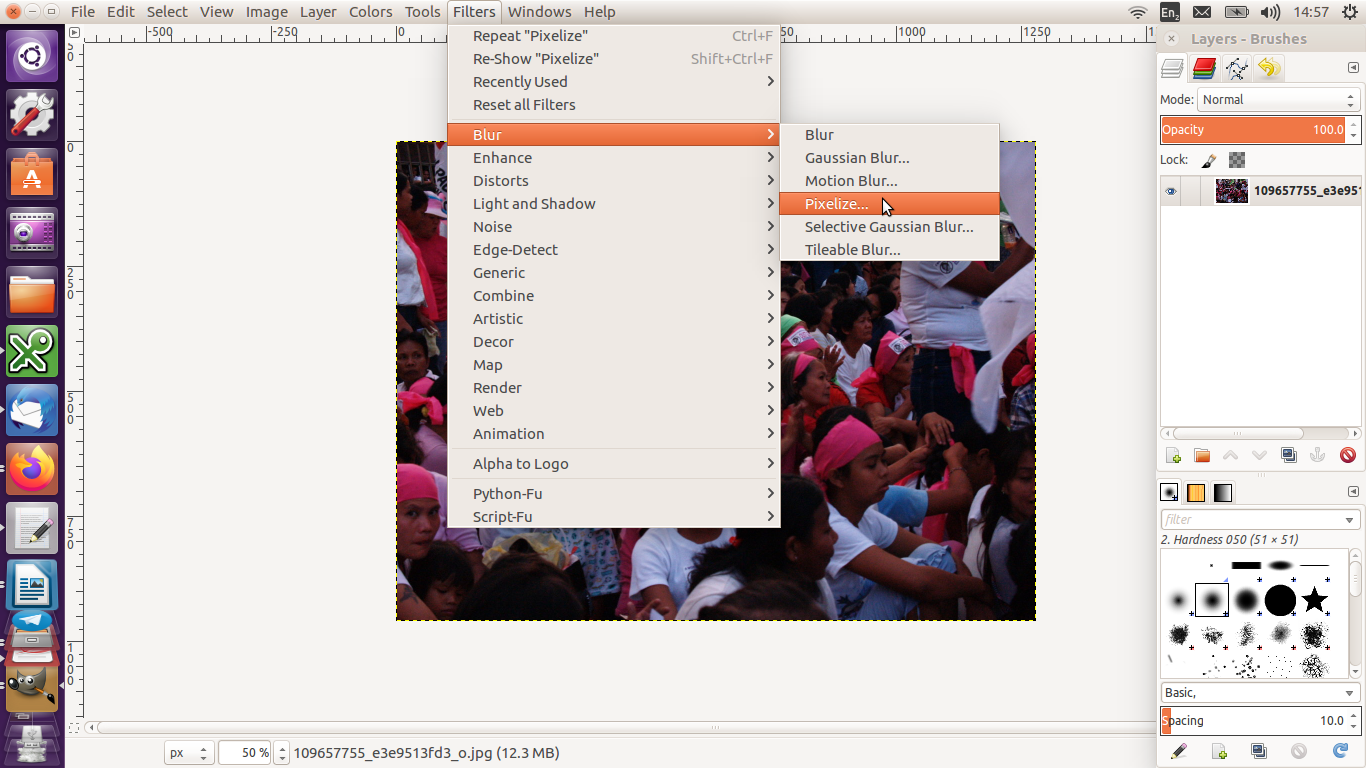 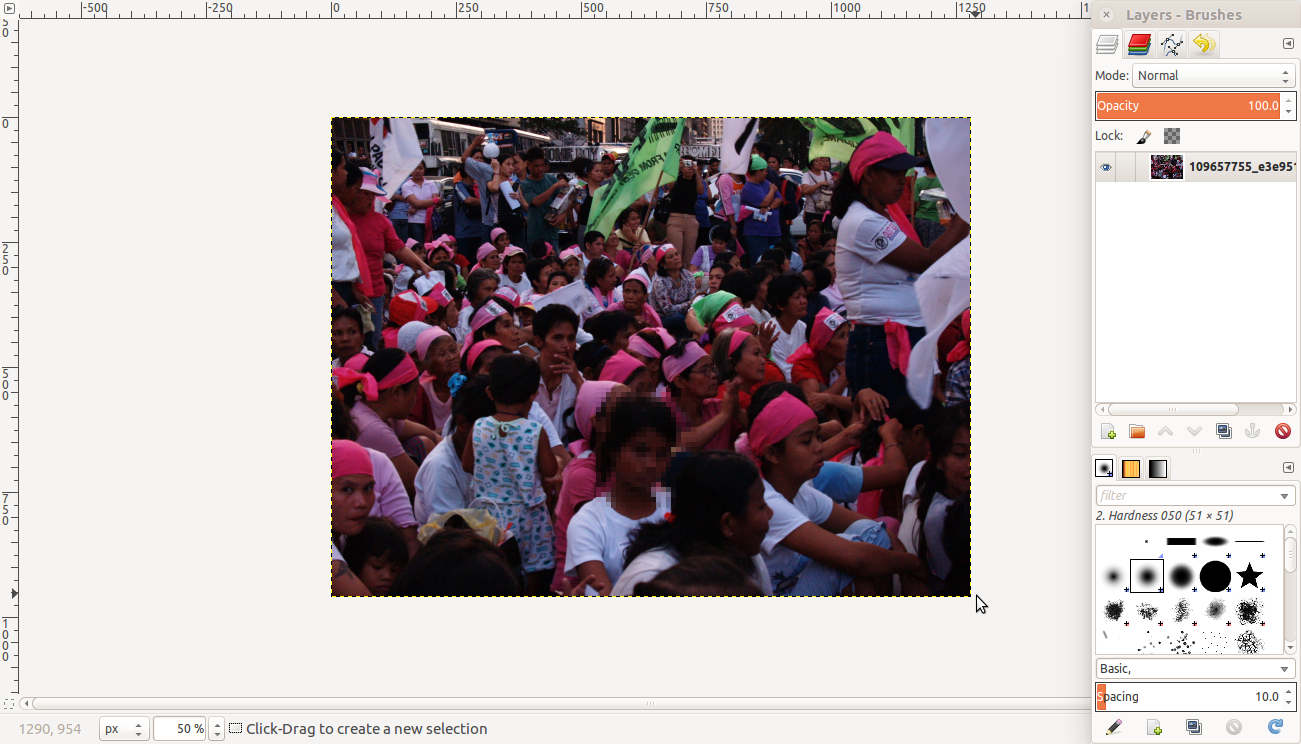 You can use the other filters to obscure images.